How 10,000 sheep and their Peruvian Works 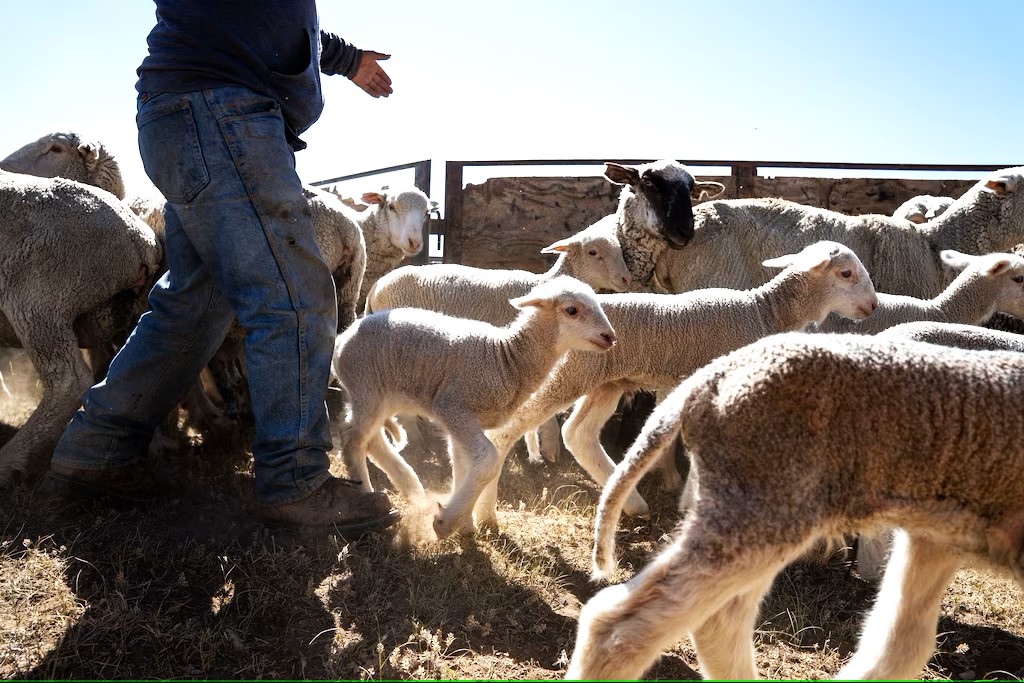 Wyoming may be known as the cowboy state, but for photographer Alex Benja it was the shepherds that caught his eye.

“I was driving down a dirt road, ” he recalled, “and suddenly there were 2,000 sheep in front of me, with shepherds.”

These shepherds, primarily from Peru, were accompanying a herd that totals 10,000 sheep on their annual 300-mile round-trip migration as the seasons change — following the greenest pastures.

Benja’s photographs in the deserts and mountains of Southwest Wyoming underscore the hidden costs of the United States’ $700 million sheep farming industry, which supplies grocery stores’ shelves with lamb and retailers’ clothing racks with wool fabrics.

The industry has declined dramatically since the end of World War II, when U.S. sheep numbered around 50 million. As synthetic fibers grew in popularity and demand for lamb and mutton meat faded, operations dwindled. The USDA estimates there are roughly 5 million sheep now in the United States.

Wyoming is the fourth largest sheep producer in the country. The full herd of 10,000 animals that Benja followed belongs to a family operation that’s been running for five generations, Julian Land & Livestock.

The sheepherders, as they are known out West — nodding to the open land, the massive herds, and the large ranch operations, as opposed to the smaller shepherd farm flocks of the East — have to be fully nomadic. Working through tough, three-year stints on employment visas, the immigrant sheepherders look over the animals as they follow what’s known as the green wave.

As the seasons turn, grass, plants, and edible things start to green up, moving higher and higher in elevation. The animals follow the action upward as the snow melts, hanging around the mountain tops in lush green areas with ample streams. Come fall, they make the reverse journey, and climb back down to the winter grazing lands.

Also read: Solar Installations For Homes: An Investment For Savings

Benja made multiple, month-long trips to visit the sheepherders.

The sheepherders, who make about $1,800 per month, live outdoors in remote environments, without running water or electricity. Solar panels that charge their phones provide the only connection to their families and the outside world.

No permanent structures exist on the grazing route since the herd moves about every three days. The sheepherders sleep on wheeled shacks that can accommodate two people.